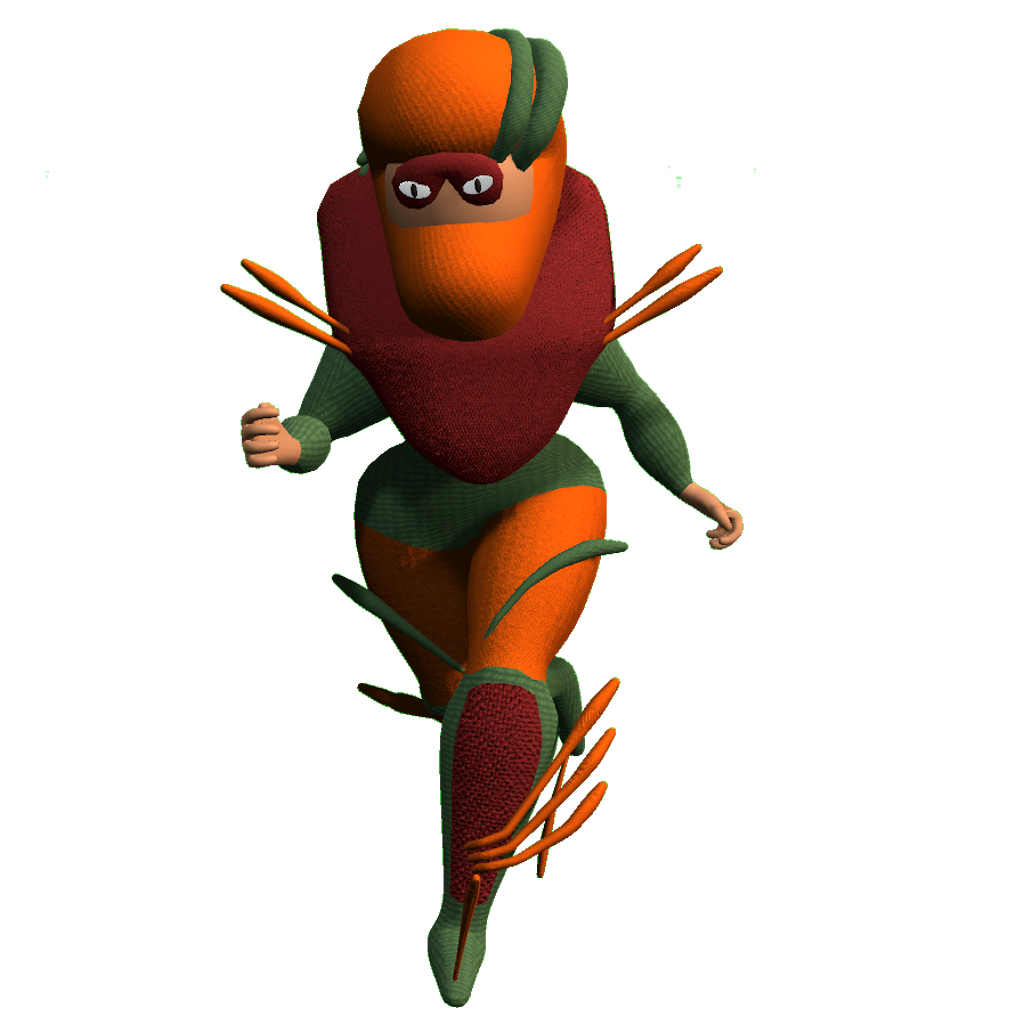 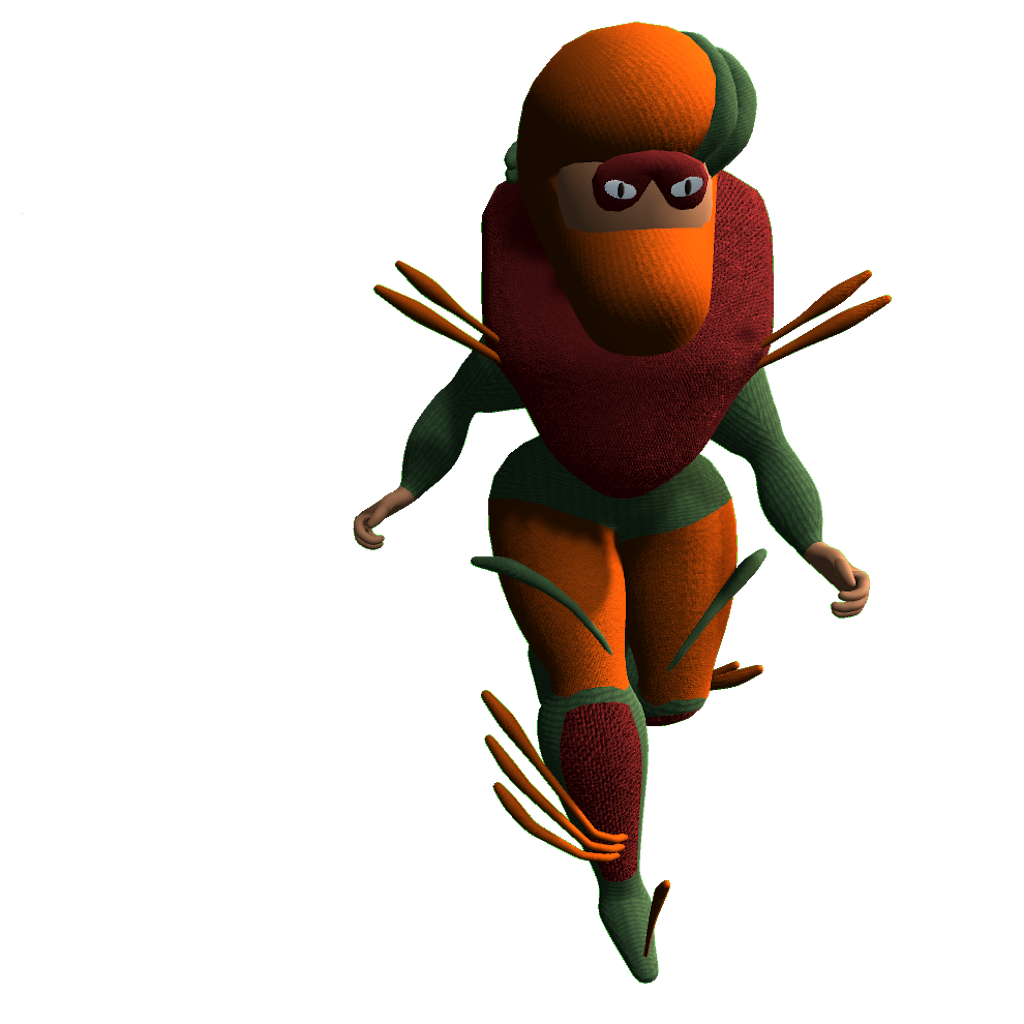 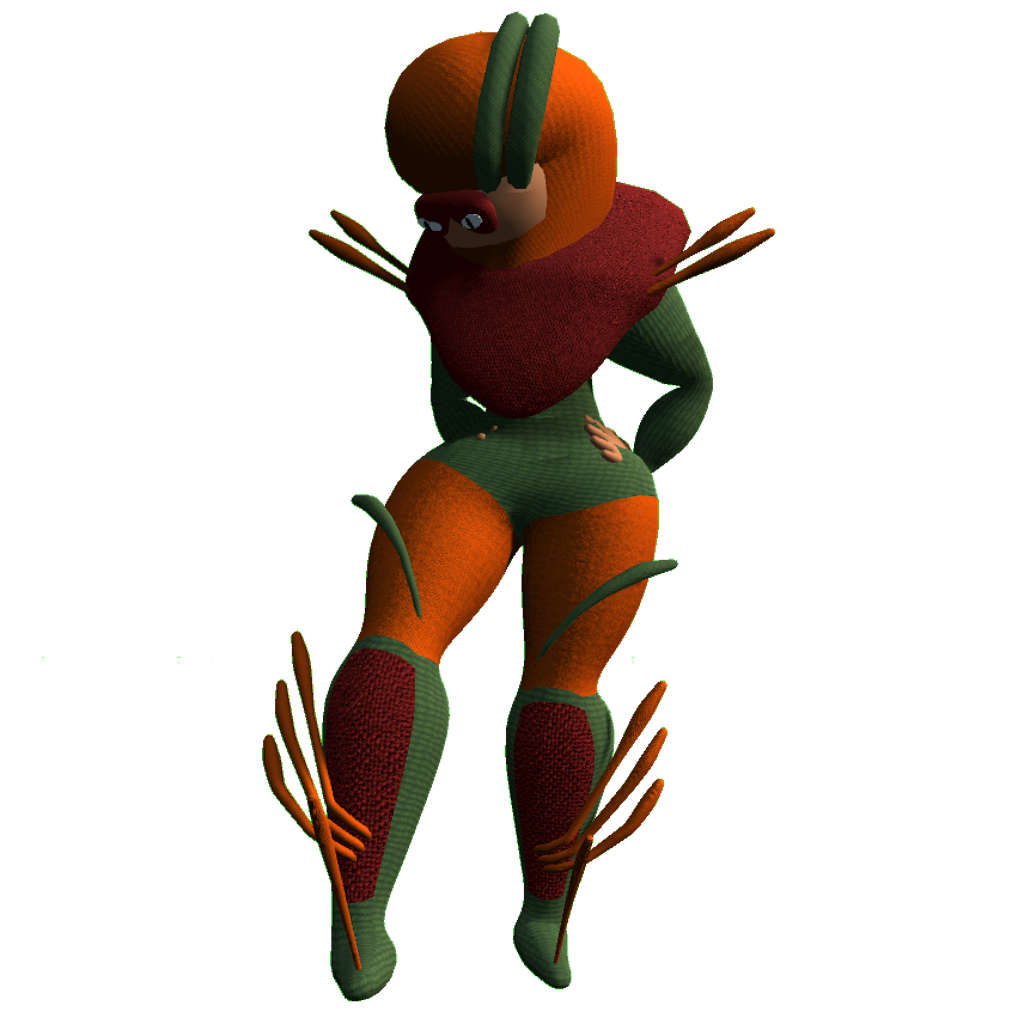 The Right End never sought out the game of football. While they aren't originally from this land, this player has come to claim it as their home. They have laid their roots deep into it's soil and strive to be accepted as part of it's landscape. They don't like to stand out, they want to blend into the field. This is how the game came to them.

They had to overcome growing up bigger than everyone else around them. Their size made them just wanted to hide. Despite their desire, they could never fully blend into a crowd. The Right End tends to run away from conflict as fast as possible, or when trapped, try to camouflage themselves. They yearn for a quiet night home alone with a nice hot chocolate.

They are physically large, 6'5" and well-built. They often look very wound up and uncomfortable. Tense. Their muscles are always ready to fire and burst them into flight, as though relaxing would be impossible. This discomfort they hold in their body in fact brings them a great deal of pain and they need to go see the chiropractor at least once a week to forcefully alleviate the stress.

Despite their suffering, they're unwittingly popular. The fans love them as the great villain. The villain who will do anything to protect their turf and yet the player who also will not sacrifice themselves for others. This player eats success. They are not humble. They take every compliment, every accomplishment, every small moment of acceptance and maximize it to feed their sense of self. They are what they are. If they are going to be seen, they want to be seen gloriously.

They hate failure. They can't fathom it, and a small failure makes them want to stop the game completely and they lose motivation. As a result they can often stop playing mid-game if they feel they have made a mistake. They are completely unafraid to say no. They don't hold back. They are a no! machine. Yet when others say "no" to them, it barely registers to them. It causes problems and creates conflict which casuses them to want to retreat into themselves. They believe themselves to be the most important defensive player. In fact, maybe the most important player on the team. The team tolerates them, maybe kinda likes them because, at times, their size is effective to get the job done. They are frustrated by their fickleness and self doubt, but admittedly, few other players are capable of playing this position and many are glad not to have to.