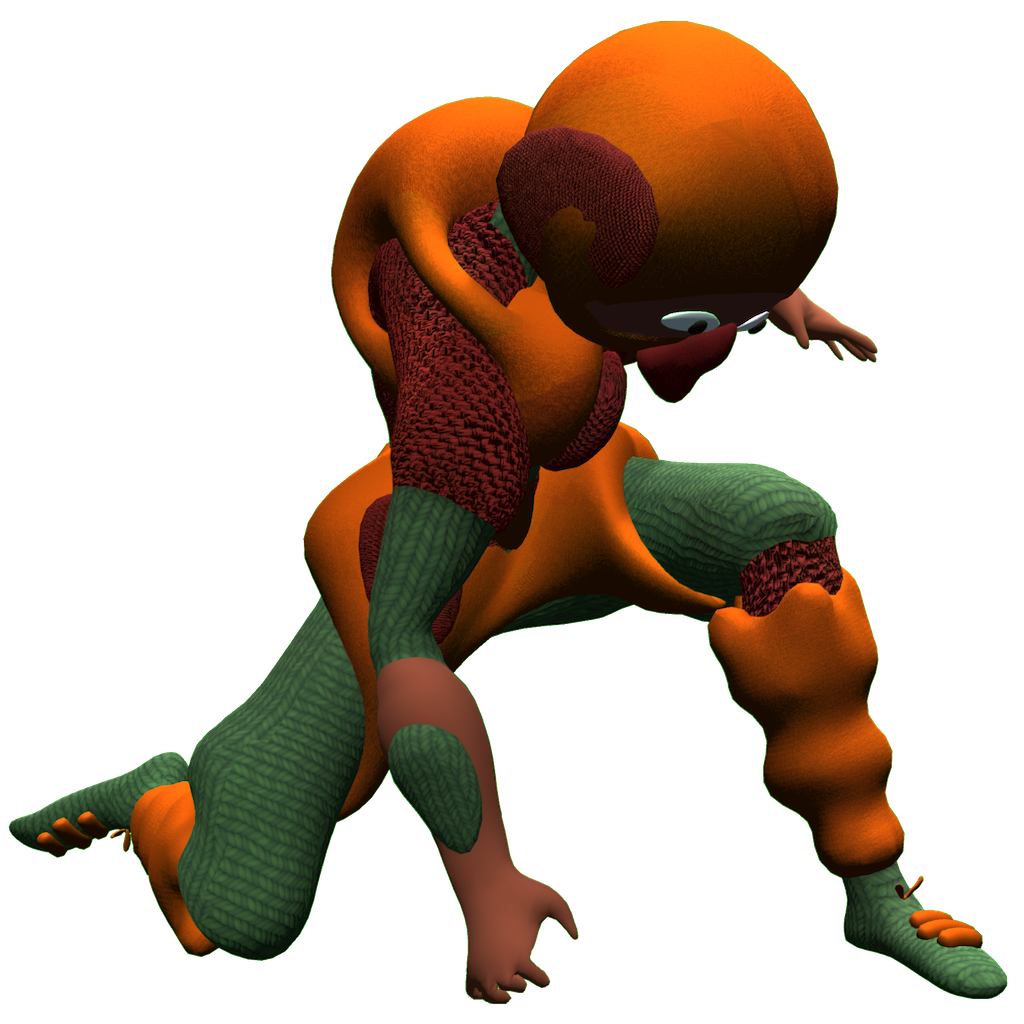 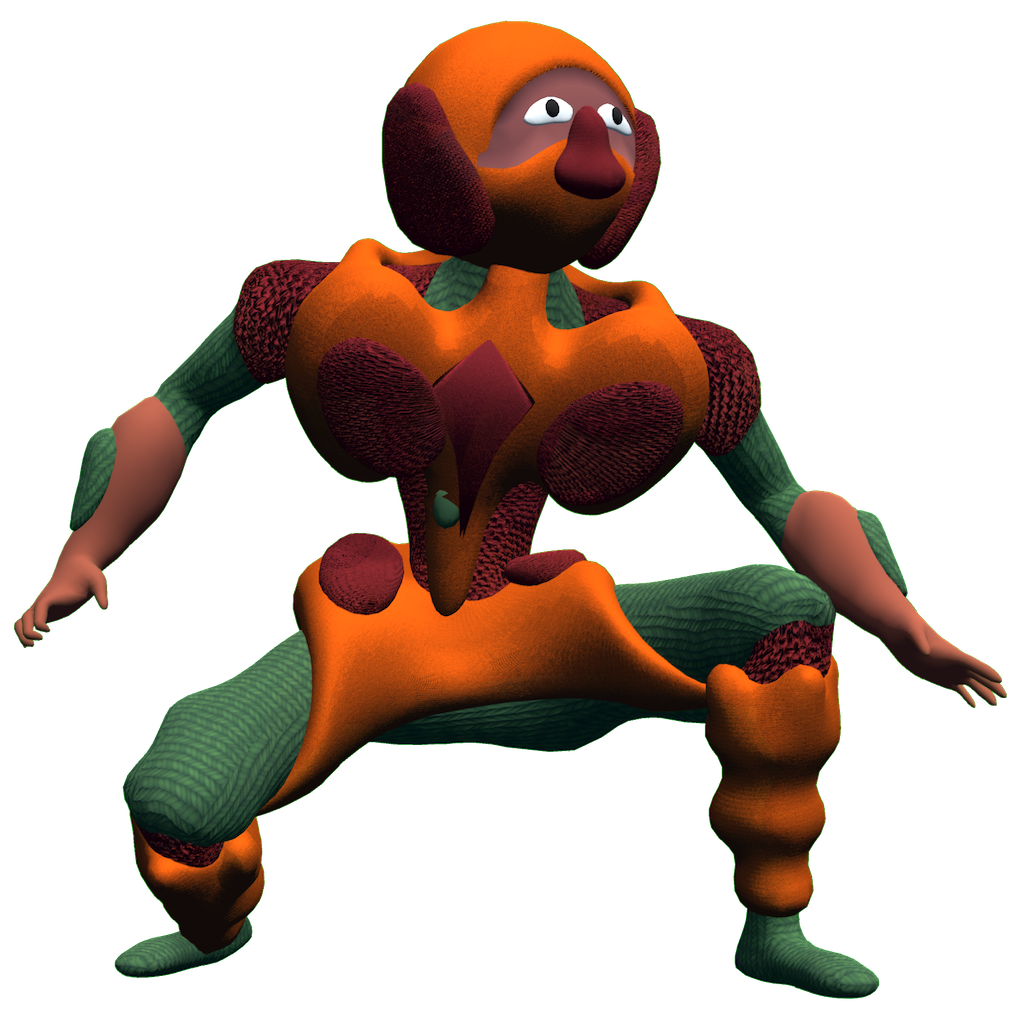 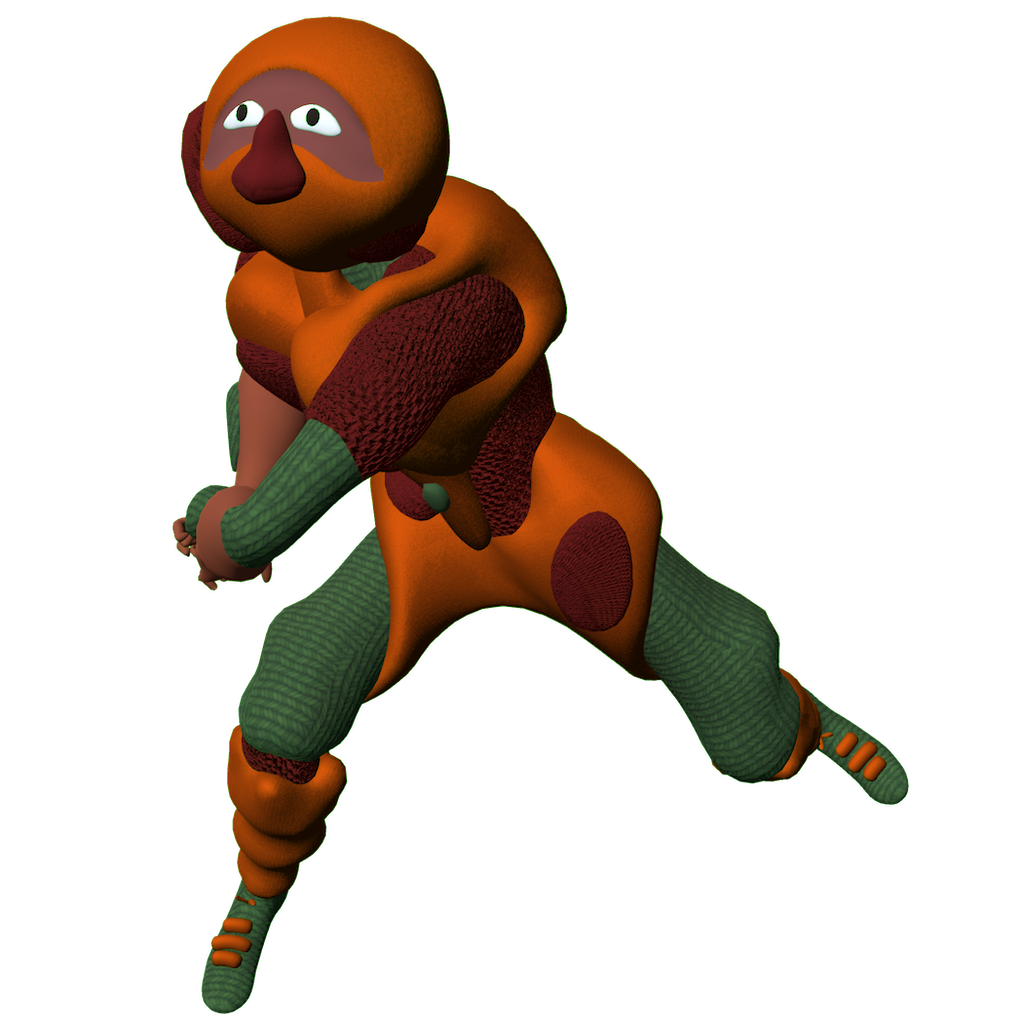 The Nose Tackle has overcome conflicts at home, growing up in Boston with difficult parents. He was constantly running away to be closer to the stadium and the fans. Due to their challenging childhood, they are known for not handling conflict well in their personal life. He channels their energy into playing their position. Hiding under the bleachers and feeling the energy of the stadium and motivated by the cheer of the crowd's magical ritualistic chants. As years go by, they're becoming an athletic super-being.

They cultivate good running legs with solid calves and thighs. Due to this training they are also top heavy, with a muscular upper body and thick neck. Endowed with a particularly Big nose, he uses it to intimidate his opponents. He loves this aspect of his physicality and uses face paint to accentuate the enormity of his nose. He runs on his tippy toes, always keeps his legs moving, running in place. He can't stand still and is always revving up.

He is a wild card with no consistent strategy. Chance and only chance is on their side. The fans know this and love him for it. He loves to win, feeding off the validation of the crowd. He needs to do a touchdown dance / victory dance when anything goes his way. Almost too often. The dance has a lot 80's leg movements. He wears his lucky leg warmers when he plays. He doesn't recognize his own failures in a predictable way. He laughs hysterically, slapping the knees and flailing before reenacting the failed play. He feels that he is an outsider but nonetheless believes that he really carries the team. However, because of his inconsistency the team views them as a liability. He doesn't react well when others say no to them, but he enjoys saying no to others. He is unpredictable and contradicts themselves when saying no.