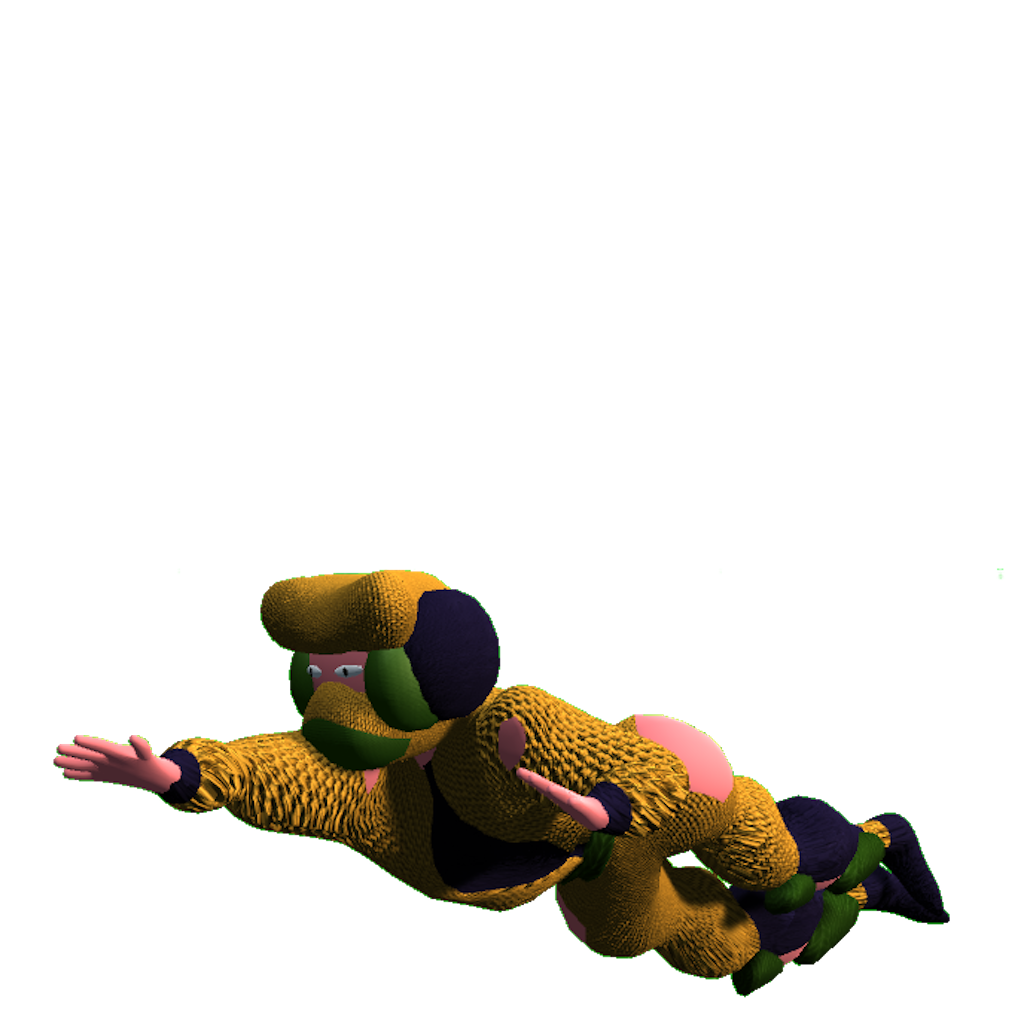 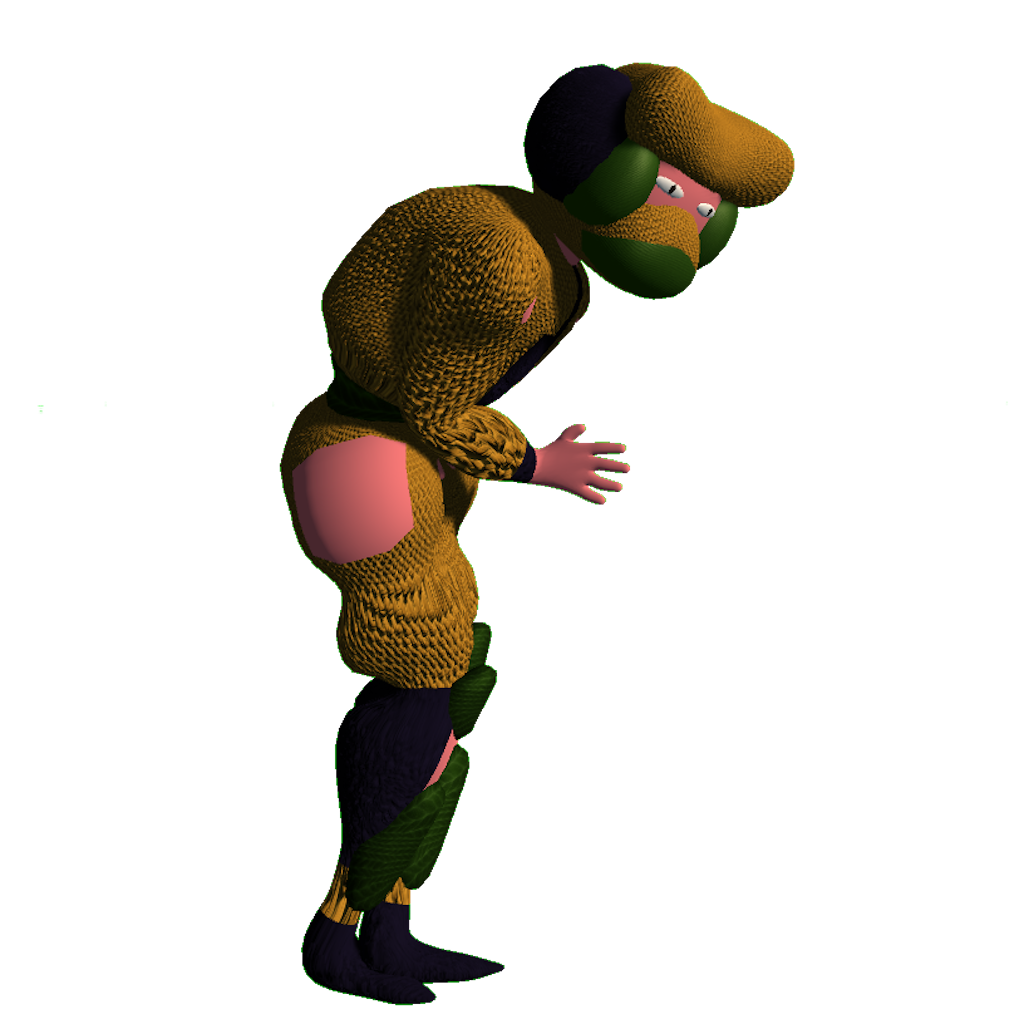 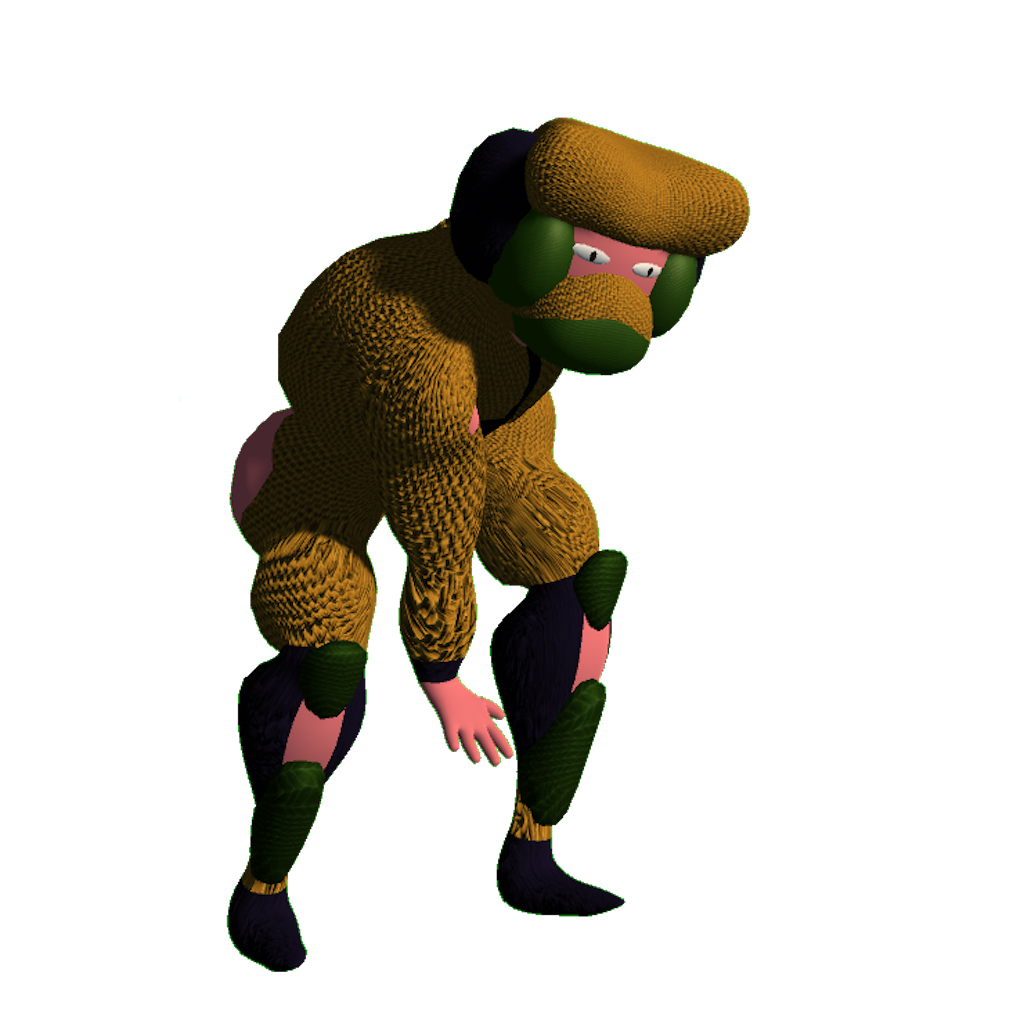 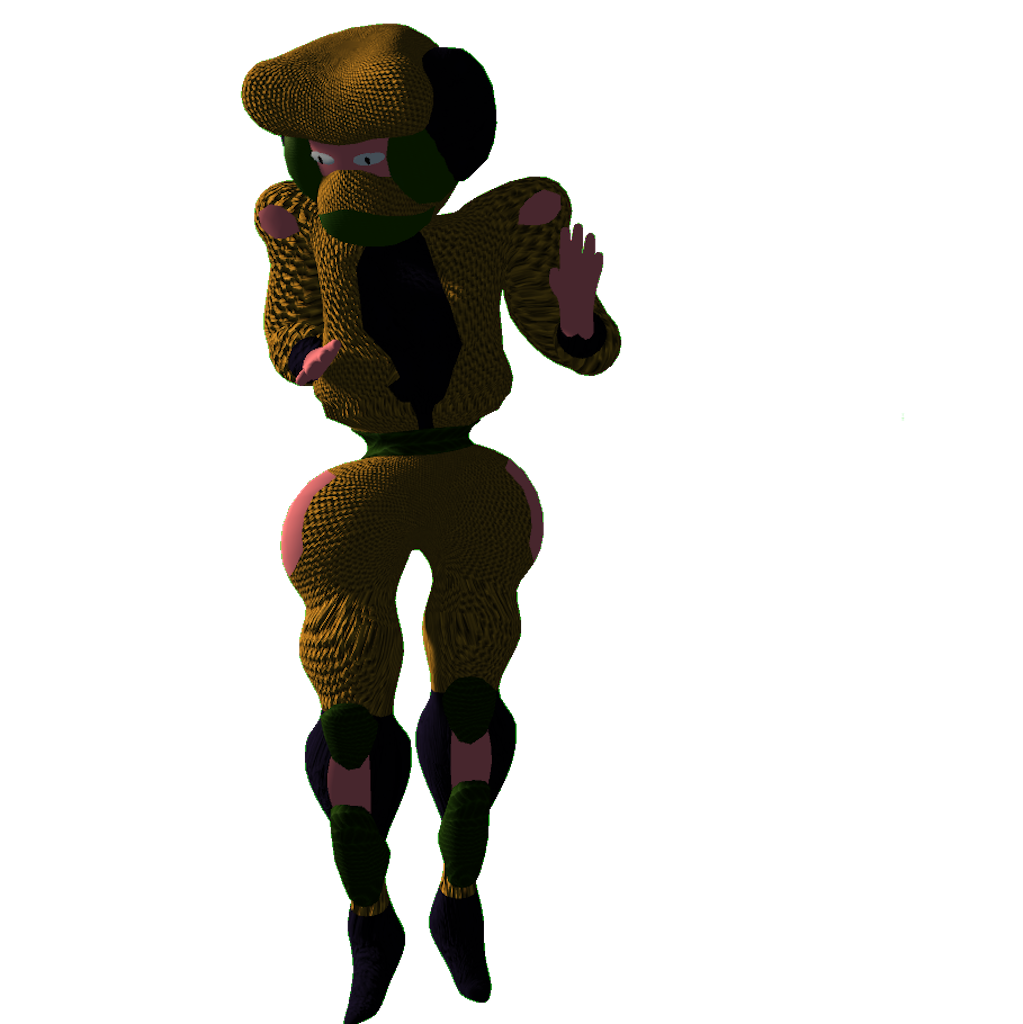 Born in a Logging town in the north west, the Right Tackle reached a point where they didn't want to cut trees down anymore; they wanted to cut down people. With a casual background in dancing, they participated in "log games" (running on logs in water) where they learned that although they never had good rhythm, they could "swipe ya off a log" with tremendous skill. From here they ventured out to explore new, less aquatic, games with which they could improve their athletic craft. Football quickly seduced them and they have fervently played, practiced, and trained for the game ever since.

This player is often injured. Early on, ankle injuries were a big obstacle in this young tackle's life. When involved in physical conflict they tend to do a lot of jumping - this gives them a mechanical advantage, but their lack of rhythmn often fails to protect their ankles as they land. They also like to hold their body low when they're not jumping: crawling, hitting, torpedoing etc. Perhaps this tendency is an overcorrection that attempts protects the ankles but more likely it is an over correction that protects their egot. During more emotional or intellectual or interpersonal conflict, they always go low. In either case this behavior strains their back and plants their feet, straining their neck and knees.

They love a good sneak attack. Coming up in unexpected moments. When they've been able to think through the strategy of a good low tackle. They thrive to defy expectations -- particularly when their opponent is bigger or more rooted than they are, but they still can throw them for a loop. They hold their weight forward and high in their chest, which is expansive and confident when they stand upright. Their quads are IMPRESSIVE, as are the glutes. They have nimble feet and quick, grabby arms. They are never still - they are always moving their feet and doing little one-foot plies back and forth, and making "gimme gimme" gestures with their fingers. They tend to do things quickly, in bursts. They don't have a lot to say, but when they do, they blurt -- they never raise their hands.

The team's fans either love 'em or hate 'em. They are a polarizing fiugure. They hit below the belt and the fans either relish the fact that they'll do what no one else is willing too or they are turned off by their "toxic" behavior. The Right Tackle does have a small crew of super fans that show up to games and terrorize other fans. They are unpleasant to be around if you're not part of the crew and are always rooting for a mean hit. This athlete is known for their repetitive, showy, yet mediocre dances of celebration, usually stolen from Fortnite, that involve a lot of hoots and clapping, and annoying repetition of "boo-yah!" They tend to expect success and want everyone to acknowledge their role in every successful play. They elicit applause and cheering from the audience with their "gimme" fingers. Their superfan crew has named themselves The Boo-Yah Bros.

The Right Tackle easily brushed off failure, passed the blame, and shirks responsibility. They become even more manic antic when they make a mistake than if they had succeeded. When in the wrong, they respond by alienating the team and passing blame onto their teammates. They don't take accountability for their actions and they rarely face consequences. As such, their super fans don't care about truth. They will support Right Tackle in spite of what the "right" call was. Fans throw logs and lumber onto field and boo at the refs.

The Right Tackle generally wants to be a team player- they want to say yes, but they like saying NO better. NO WAY! These retorts are a necessary encantation to protect the ego of Right Tackle. In the crowd adversarial and confrontational chants are shouted in the same tone of voice as BOO-YAH! When they say no, it's a personal stance in addition to a crowd pleaser. As such, they are only capable of saying YES when they know accolades will follow.

They will boost other people on the team and throw exaggerated compliments knowing that it will ultimately serve them. They bring a lot of energy and hype to the line -- that's why the team values them. One on one they can be an authentic, functional member of a collective but they will always have an ego that needs constant feeding. Sometimes the ego comes before the best interests of the team and they can tend to get lost in the spectacle of the game and of the media.